If you’ve made it this far you’ve already wasted your time. Your host Josh is a college dropout and decided to invest his time in experiencing firsthand how a felon copes with rehabilitation. But his educational background does not stop there, he rose to the rank of dean in the school of “hard knocks.”

On the other side of the studio sits the Commissar of slaying tang, the rumble in her jungle, Derek “the slit man” Saenz. He is the human embodiment of the phrase “something thats so bad for you, but feels so good.” He learned at the tender age of 26 what being a decent human actually entailed and decided that wasn’t going to be the life he was going to lead. So he joined the circus and as fate would have it met a special person that would change his life forever.

But after that person, Josh appeared. With his sharp wit and amazing interpersonal skills he managed to compile a duo that would outlast chocolate and peanut butter. Right? But, he managed to put his ego aside and allow Derek to persist on his conquest for fame. As an amazing sidekick and most would say hidden talent, he brings the show alive to entertain generations of multi-cultural and pansexual audiences the world over. Already Forbs Magazine has predicted him to be the must watch Podcaster to watch for in 2017.

Derek by contrast is humble in nature and would never liken himself to someone so privileged. When he’s not volunteering at the local animal shelter nursing sick creatures back to health, he helps the inner city youth apply for scholarships and jobs. Anything after this sentence is not factual and should be taken with a grain of salt.

As a universal blood donor, Josh (hero), finds the courage to volunteer at the most recent tsunami crisis. Often times appearing before the tsunami even hits. The risk of his own life has never concerned him, as he is incapable of fear and immune to the trappings of mortals.

People have taken his sudden appearances in places before a disaster as an omen of sorts, a harbinger of doom if you will… Anyways, the Yin to his Yang across the pond Derek (Maestro) was the first man to ever successfully donate both kidneys to a same sex couple from Denmark. Was awarded the Nobel Piece prize for single handedly bring about the end of the first Cold War. Derek was the inspiration for Rick Astley”s one hit wonder “Never going to give you up” after a brief conversation with the lead song writer. 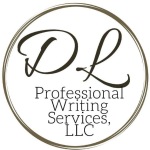